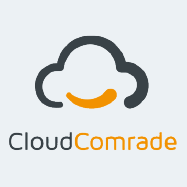 Cloud Comrade helps clients throughout Southeast Asia migrate to the cloud — but without the right tools, billing was error-prone, slow, and opaque. With CloudCheckr, Cloud Comrade has dramatically expanded its client base without increasing resources spent managing the customer invoicing process.

When Cloud Comrade, an MSP based in Singapore, was still a relatively small company of seven, one staff member was dedicated entirely to billing. Still, billing was inefficient and chronically late; it was also impossible to avoid making mistakes.

After determining that there was no way to get the cloud billing data it needed directly from Amazon Web Services (AWS), Cloud Comrade implemented CloudCheckr to improve AWS billing solutions. Now there are more than 70 people working at Cloud Comrade and the company sends out hundreds of invoices per month to hundreds of clients. There’s still just one person dedicated to billing; although the company is expanding, there are no plans to add to the accounts receivable staff. With invoices going out on time, Cloud Comrade can answer customers’ questions in detail when monthly charges change and everyone feels more confident that invoices are correct. Even better, Cloud Comrade’s profit margins have gone up while providing better service for customers.

Cloud Comrade has been an Amazon Web Services reseller working with companies throughout Southeast Asia for the past five years. For its first year and a half in business, Cloud Comrade relied solely on AWS native billing tools, like AWS Billing Dashboard and AWS Cost Explorer.

“It was very manual and time-consuming, and at the time it was myself doing billing,” explains Andy Waroma, Cloud Comrade co-founder. “We subsequently then hired a person to do billing for us. But even for her as a full-time employee it was too overwhelming, because of the way AWS was doing the billing. It cannot be done manually, there’s just too many price points and SKU’s and everything else and also discounts and all kinds of pricing exceptions.”

Amazon billing, Waroma explains, is done per second, which means that every AWS-generated invoice is a CSV file with hundreds of thousands or even millions of lines. Cloud Comrade was trying — unsuccessfully — to have someone manually split up those lines using an Excel sheet to provide accurate bills for its clients.

The constant changes in AWS made spreadsheet maintenance challenging. Even for a relatively small company with a handful of clients, this wasn’t manageable or scalable. Cloud Comrade, and its customers, didn’t feel confident that the invoices were accurate, and invoices were often delivered late. If customers had a question about a specific charge or change in invoice amount from one billing cycle to another, Cloud Comrade was often unable to give a satisfactory answer.

Looking for a Third-Party Solution

After working with AWS directly on these billing issues for more than a year, AWS recommended that Cloud Comrade try out CloudCheckr.

The first important improvement was the implementation of CloudCheckr’s automated AWS billing solution for MSPs. With programmatically scheduled invoicing and billing, Cloud Comrade no longer struggles to get invoices sent out on time. When customers follow up with questions about increases on their AWS bill, Cloud Comrade references CloudCheckr’s simplified dashboard to provide detailed information about the charges.

Additionally, Cloud Comrade can now provide customers with tailored billing reports that give each customer insight into the exact breakdown of the charges. This reporting restores customers’ confidence that billing is done accurately and fairly. It also gives both Cloud Comrade’s management team and clients access to useful business insights regarding cloud costs in real-time, in a customized, feature-rich platform.

“When we started using CloudCheckr, I believe that 90% or 95% of our billing issues started going away. And that started building our customers’ trust.”

Automating more of the billing process with CloudCheckr has also increased Cloud Comrade’s profit margins. First of all, there’s the staffing: there is still one full-time employee dedicated to billing, but she is handling hundreds of invoices for hundreds of clients, which is several times more volume than when they first implemented CloudCheckr three years ago. This reduced Cloud Comrade’s marginal overhead and costs per customer.

“Not everything always goes as it is intended on either side,” Waroma explains. “We have been very happy with CloudCheckr. They’ve been very responsive, and they try to resolve any issues as quickly as possible so that they won’t affect our billing cycle.”

It’s always hard to know in advance how well the support relationship will work — especially, Waroma says, when you’re dealing with multiple geographic regions. But Waroma says that CloudCheckr’s support has exceeded expectations from the very beginning.

Now take the next step and get access to the technology you need to accelerate your managed services in the cloud. With CloudCheckr, you’ll receive personalized consulting, training, co-promotion, and access to the resources you’ll use to turn cloud management into a profit center for your business.

Join the program that helps you innovate, boost revenue, and sharpen your competitive edge.

How MSPs Can Create Confidence in the Cloud