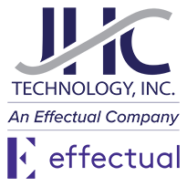 Highly technical service providers such as JHC Technology can be challenged to stay on top of rapidly evolving AWS services and features. To optimize its existing infrastructure and manage its growing customer accounts, JHC Technology leverages the powerful CloudCheckr platform for deeper, centralized account visibility.

Speedy service delivery and mitigation of security and configurations issues

However, even a highly technical service provider such as JHC can be challenged to stay on top of rapidly evolving AWS services and features. To optimize its existing infrastructure and manage its growing customer accounts, JHC leverages the powerful CloudCheckr platform for deeper, centralized account visibility.

Integrating CloudCheckr into its solution offering has allowed JHC to recognize operational efficiencies in its AWS practice by:

JHC helps organizations in the public sector, government, and commercial spaces to execute and manage their cloud transformation journey. This includes planning, migrating, refactoring, and managing and optimizing the customer environment once in the public cloud. As more organizations have realized the powerful cost-saving potential of using AWS Reserved Instances (RIs) and On-Demand instances, JHC’s role as a Managed Service Provider (MSP) with cost optimization capabilities has become even more critical.

“AWS services are initially appealing to Federal Agencies because AWS is consistently able to reduce prices for customers,” said Mike Atkinson, Senior Cloud Engineer at JHC. “Federal Agencies see the cloud as a huge opportunity to keep infrastructure costs down and budgets in check.” However, as more customers spin up and self-provision resources, JHC’s job became increasingly complex and time-consuming.

“Customers automatically think of RIs when they think of AWS, and the potential for saving money,” Atkinson said. “We know, however, that prices go up with scale—those resources need to be right-sized and managed.”

Understanding how resources were being used was a huge undertaking, requiring the JHC team to pull data from many disparate AWS sources to identify cost-saving opportunities for their customers.

“We needed to know the ins and outs of AWS services, as well as how certain metrics would drive savings for our customers,” Atkinson said. “We knew we needed a tool to help us simplify this process for our teams and our customers.”

“We’ve seen our margins grow by almost 20% since leveraging the CloudCheckr platform in our reseller business. Without it, we were seeing our partner and consolidated billing discounts slip away to customers, or back to AWS. I honestly have no idea how we could operate at scale without CloudCheckr.”

Visibility and Control at Scale

CloudCheckr unifies JHC’s customer accounts into a single pane of glass view, so the organization can truly recognize the benefits of being an AWS reseller. In addition to providing centralized account visibility, CloudCheckr offered JHC the flexible structure that it needed to scale.

“Before CloudCheckr, we might have spent upwards of two weeks breaking down the customers’ Detailed Billing Reports and reflecting costs back in an accurate way,” explained Atkinson. “Our account structure is much more streamlined now, integrating credits and custom charges, to ensure customers are charged accurately and we see better margins. These days the whole process takes us around a day or two, which is a dramatic difference.”

“This level of detail frees up our customers from the burden of analyzing or staying on top of recommendations,” Atkinson said. “The recommendations integrated from CloudCheckr offer additional context and examples to really illustrate their potential cost benefits.”

AWS Consolidated Billing families create many discounts through RI and tiering, offering a lower bill through compressed pricing tiers. CloudCheckr List Cost allows JHC to reverse these discounts to create more fair and accurate customer invoices, based on the individual account usage. With CloudCheckr’s List Cost, customers will still pay AWS the lowest possible cost, as part of the billing family. The benefit of consolidating the accounts, however, flows to JHC rather than arbitrarily to payee accounts. This is critical in the Federal space where unearned discounts are as problematic as unauthorized charges. And, of course, this also helps JHC maintain its margins.

“We’ve seen our margins grow by almost 20% since leveraging the CloudCheckr platform in our reseller business,” Atkinson states. “Without it, we were seeing our partner and consolidated billing discounts slip away to customers, or back to AWS. I honestly have no idea how we could operate at scale without CloudCheckr.”

Added Efficiencies Through Security and Automation

In addition to leveraging resource right-sizing and rebalancing reports to recognize cost savings, JHC helps customers scale efficiently and securely by using CloudCheckr with other reports. “We regularly utilize insights from security reports, such as perimeter assessments or network config reports, to help our customers optimize their environment from both a cost and general efficiency standpoint,” Atkinson noted. Utilization report insights have helped the JHC teams identify configuration improvement opportunities, as well.

“One customer was spending a significant amount of time writing Lambda scripts to manage snapshots,” said Atkinson. “The automation CloudCheckr provided around cleaning up security groups and snapshots reduced overhead, while allowing them to focus more on their actual environment and applications.

Growing a Reseller Business with CloudCheckr

JHC has built new business offerings and improved margins through their partnership with CloudCheckr.

“The guidance we’ve received from CloudCheckr has been extremely helpful to help us get the most from the platform, and help our customers see value, too,” Atkinson said.

As JHC organization looks to offer more capabilities and technical solutions to their customers, CloudCheckr will continue to be an integral part of their MSP and reseller practice.

This case study was originally published August 2018. JHC Technology was acquired by Effectual in January 2020.

Get the right security and compliance tools for your customers.

See CloudCheckr in action with a one-on-one demo.

Cloud Managed Services in 2022: What Works, What Doesn’t, and Untapped Opportunities

How to Build a Successful Cloud Services Business