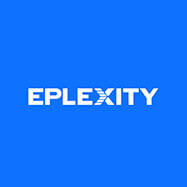 A case study on partnering for comprehensive cloud governance

Based in Denver, Colorado, Eplexity is a next-gen managed service provider (MSP) for Amazon Web Services (AWS) users in industries such as technology, communications, oil & gas, and manufacturing. Through a blend of managed and professional services, Eplexity develops customers’ cloud journeys through their CXOS platform. As a member of CloudCheckr’s Business Partner Program, Eplexity brings its customers continuous monitoring for security and cloud expense management, saving them an average of 15% to 25% on their AWS bills.

Getting Started as an AWS and CloudCheckr Partner

Resources from CloudCheckr and the AWS Partner Transformation Program have made it easier for Eplexity to fast-forward AWS adoption for their customers. Additionally, as an AWS Premier Consulting Partner with DevOps and Migration competencies, Eplexity brings a unique level of expertise to their customers’ cloud journeys. They also have a 100% AWS Certified operations team, led by Director of Operations Shiley Johnson.

CloudCheckr plays an integral role in enabling Eplexity’s customers to take advantage of the security, reliability, and performance that comes out of a public cloud like AWS, both during and after migration. Customers don’t always have the ability to migrate to the cloud and later operate that infrastructure on their own, Johnson said. Eplexity helps make that “lift-and-shift” process more streamlined with design patterns that enable a fast go-to- market time. After completing the migration, CloudCheckr helps Eplexity’s managed services team ensure the integrity and effectiveness of their customers’ cloud environments.

Meeting the Standards of the AWS Well- Architected Review

Once customers complete their migration and have gone through the onboarding process, Eplexity’s managed services team, the Cloud Command Center (C3), takes over client relations. The Center of Excellence then uses CloudCheckr to easily monitor for security and find cost savings opportunities. Each month, they review customers’ platforms so that they can right- size, purchase savings plans in AWS, and find vulnerabilities to roadmap an improved security strategy.

“The robust system within CloudCheckr helps hit on different areas related to the Well-Architected Review,” said Johnson. “We can take that tool and plug it into the environment very quickly. It’s just a 30-minute conversation with the customer to enable features, walking them through the platform, and asking them to let us digest that information for the next 30 days.”

As a result, the DevOps team at Eplexity can deploy a centralized service like CloudCheckr within design patterns in the CXOS platform to understand where processes can be automated and streamlined.

“We have baked in a number of automations to deliver CloudCheckr as part of our DevOps services to clients,” said Chris Egloff, Resident Architect at Eplexity. “These include the automated provisioning of customer CloudCheckr accounts, Well-Architected Best Practice scanning, and automated tagging for billing and budgeting at the application, cost center, and account levels.”

To get the same recommendations that CloudCheckr offers, Johnson explained, Eplexity would require multiple disparate systems and tools to replicate those results. “It became an all-in-one tool rather than having to go back and forth through other utilities for monitoring,” Johnson said. “Now we can use CloudCheckr and integrate it with additional layers from our other services to frame out an already clear picture.”

"CloudCheckr is beneficial from cost, security, and performance perspectives, and it has simplified the process of onboarding customers. It gives us all the services we need, so that we don’t have to use multiple tools to find the same information."

Eplexity saw early on in the process that CloudCheckr could find cost savings for their clients. One Eplexity customer, a manufacturing company, completed a migration from data center to AWS and started with a spend of around $70,000 per month, Johnson said. Through CloudCheckr’s analysis, the Eplexity Center of Excellence saw that it could drive down the company’s costs by removing waste, rightsizing, and refactoring to AWS native services. Over a three-month period, Eplexity reduced the company’s AWS spend by about $20,000 to $30,000 per month.

Typically, said Johnson, Eplexity’s customers save between 15% and 25% per month on their AWS bills. Forrest Brink, Solutions Architect for Eplexity, explained that savings after cost optimization for the average Eplexity customer fall between $2,100 and $4,400 per month. Those figures, which came from recent customer successes, meet that 15 to 25% goal and represent significant savings, especially for small to medium-sized businesses.

Eplexity leveraged CloudCheckr to determine this cost optimization benchmark. Once they saw those savings again and again, Eplexity incorporated CloudCheckr into their pre-sales efforts to show prospects the tangible results they could achieve.

Those are some of the larger efforts that weren’t necessarily intended from the beginning, said Johnson, but have now grown and evolved as the result of working with CloudCheckr more.

The information that Eplexity’s sales team receives from CloudCheckr helps them get their foot in the door with potential AWS customers and illustrate realistic cost savings for that business.

According to Brink, roughly 90% of prospective customers enlist Eplexity to save money on their cloud expenses. Eplexity’s sales representatives can use CloudCheckr to give prospects cost optimization recommendations for their AWS environments right off the bat. By working closely with CloudCheckr as a strategic business partner, as well as through their AWS Certifications, Eplexity can confidently demonstrate their AWS expertise and close more sales.

Johnson said that he and his team at Eplexity would absolutely recommend CloudCheckr for managed service providers. “CloudCheckr is a large piece of what we’re doing and a large part of what we’re building not only now but into the future as we continue to go to market within different segmentations throughout AWS,” Johnson explained.

The world’s largest cloud solution providers have joined the CloudCheckr Business Partner program. Contact us today to learn how to grow around the most advanced cloud management platform available.

Learn more about how CloudCheckr can enhance your managed services.

Article
Multiple Reasons to Embrace a Multi-Cloud Infrastructure
If you ask most industry analysts, they will tell you that a multi-cloud infrastructure is the future, or even the present, of computing. Here are some of the reasons businesses opt for services from a combination of public cloud providers.
NEW