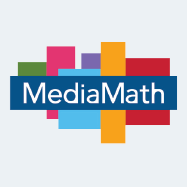 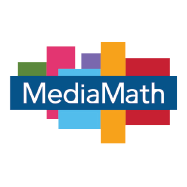 MediaMath is the leading independent company in their space. Established in 2007 with the launch of TerminalOne, the first Demand Side Platform, MediaMath’s technology and services enable marketers to reach the audiences they want at the scale they need to achieve the outcomes they desire. With TerminalOne, MediaMath created the first software for real-time media buying. Their global infrastructure, vast partner network and quantitative approach have delivered transformative results that illustrate that there truly is strength in numbers. Their platform analyzes enormous volumes of data to make decisions in milliseconds, so they need scaled solutions that can handle those enormous volumes at incredible speeds.

To meet this objective, MediaMath is partnering with the most forward-thinking brands and agencies, building on the leading edge of technology and innovating at scale. They combine an open platform, purpose-built for enterprise marketers and powered by machine learning. This helped MediaMath realize $2 million in annual cost savings through the CloudCheckr platform byproviding scaled, privileged inventory, exclusive data with industry-leading training and support. These practices have helped MediaMath to become the leading independent programmatic company for marketers.

It then optimizes analyzes that picture to find operational efficiencies, identify exposures and automate mitigation steps. CloudCheckr presents its results through automated reports and alerts as well as integrates with leading tools such as Splunk, Slack, New Relic and many more. MediaMath is able to access CloudCheckr results through:

All of this delivers MediaMath the most relevant native AWS data with the least amount of effort in the shortest period of time.

MediaMath was seeking to hardline ownership of cloud resources to their teams for meeting specific needs, requirements and timing. At MediaMath the cloud is regarded and treated as just another data center in their infrastructure. Operationally, automation tools and continuous delivery/integration systems see the cloud as just another facility that houses a team’s resources. CloudCheckr was the no-brainer solution for MediaMath’s team to bring unprecedented accountability, budgeting predictability and an improved security posture to their cloud resources that further scaled in their operational model.

The reduction of effort in being able to tie service usage to specific resources on a granular level, as well as locating giant holes in optimization of their account use, has been invaluable. MediaMath has been able to consolidate training for the application with the CloudCheckr support team which has opened doors internally for product planning in the cloud that follows an identical design to product planning in their own physical data center locations.

CloudCheckr inventory and billing insights allow MediaMath to monitor the full suite of AWS tools that they use. Cost increases and best practice options are alerted through internal ticket systems for team follow up. MediaMath is able to offer the same options for the security checks in CloudCheckr that allows them to easily police different team usage in the cloud both directly and indirectly.

Reserved Instance recommendations from CloudCheckr have changed how MediaMath views their long running, on-demand instances across all accounts. They have been able to make the right purchases based on these recommendations which they are able to confirm directly with AWS account teams as being the “right choice”, saving them roughly $2 million dollars over a year of usage. CloudCheckr has become an invaluable tool when planning resources for new product applications or tying new 3rd party workloads to specific clients.

Implementation of CloudCheckr was simple. Role sharing was available to provide accurate results of MediaMath’s account, and they describe CloudCheckr’s support during the process as “extremely generous” in helping them get up and running with webinars and open information for their teams. They describe the experience as:

MediaMath recommends CloudCheckr to any user seeking to manage their cloud environment from a spend, inventory or security angle. They describe the platform as “great for long term use or to take control of overwhelming environments already in existence.”

Article
Cloud Cost Optimization: 7 Best Practices For Reducing Your Cloud Bills
The cloud promises unlimited scalability and lower IT costs, but IT departments are still paying for underused and oversized resources. These 7 best practices will spell out everything you need to know to reduce your AWS and Azure cloud bills.
NEW

Article
Cloud Native Tools: Do You Get What You Pay For?
Many organizations embrace the cloud in order to pay less on infrastructure. So it might seem counterintuitive to pay for additional cloud management solutions when the cloud vendors offer native tools to lower costs. But do native tools match up with best-of-breed third party offerings?