Introducing ZoneCheckr, A Free Tool to View Regions and Zones of Major Cloud Platforms on One Map

It can be tricky trying to decide where to host your instances, databases and storage. Gartner estimates there are over 1.7 million decisions to make when choosing EC2 instances from Amazon Web Services. Add the options for Microsoft Azure, Google Cloud and others, and it can seem like an insurmountable process.
To help, CloudCheckr has created ZoneCheckr, a free web-based app that helps you visualize where the major cloud providers offer computing zones. By putting all of these zones on a single map, you can be more informed when you decide where to place your resources.
They say a picture is worth a thousand words, so an interactive picture must be worth even more! ZoneCheckr lets you toggle on or off specific cloud platforms to customize your view. Plus you can click on any country to see the population so you can make better decisions about how to serve your customers. 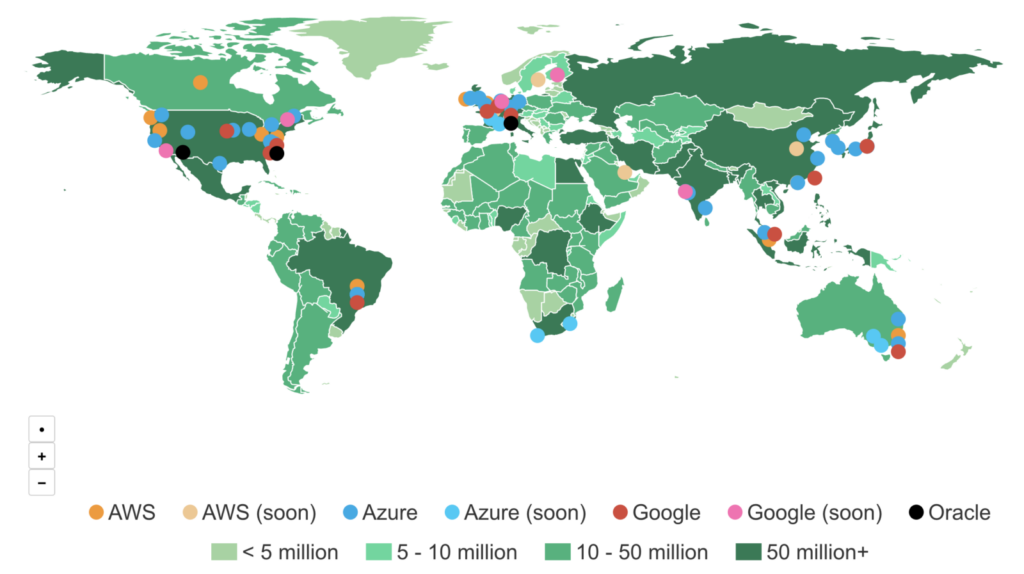 Putting together this map was an interesting process. Some of the early observations follow:

Of course, the Internet is global, so you could host all of your infrastructure in one country or even one region and service the rest of the world, but the latency of cross-country or even undersea cables can have an impact. And the recent natural disasters should certainly influence your decision making. Additionally, governments may insist on local hosting, especially when dealing with sensitive data. Finally, it’s worth noting that most cloud providers do not provide the exact locations of their data centers, for security reasons, but this map should be pretty accurate. We also had to artificially reposition some coordinates so each vendor would be visible, such as in Saõ Paulo and Sydney.

See Your Availability Zones in ZoneCheckr