Look in the sky: no two clouds are alike. The same is true for cloud providers. While most cloud hosting companies support a variety of Linux platforms in addition to Windows, Microsoft holds a distinct advantage when it comes to Windows Server on Azure, and they are promoting a key benefit.
For businesses moving to the cloud, one of the key concerns is software licensing. Applications that were tied, legally, to dedicated hardware now have to be licensed for virtual hardware. Cloud providers offer “Dedicated Hosts” as a way to lock down what hardware your instance will run on in the cloud, but you have to pay extra for that. This applies to any piece of software that is licensed to run on a particular set of hardware, including operating systems, specifically Windows Server. 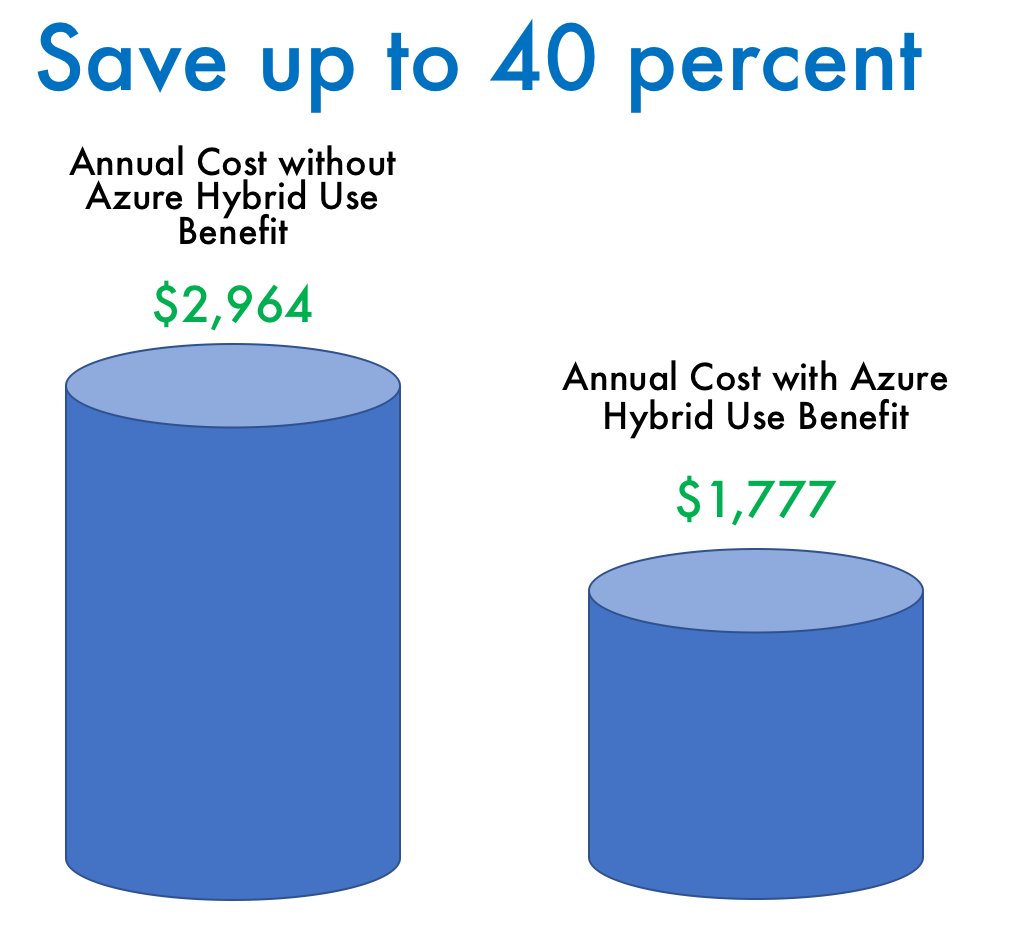 Microsoft is sweetening the pot by allowing enterprises to establish a hybrid cloud strategy, essentially letting their Windows Server Datacenter Edition license play a dual role. Windows Server can be simultaneously licensed for local on-premise hardware and for servers in Azure. In fact, a single on-premise Windows Server license can cover two Virtual Machines. Microsoft estimates that this “Azure Hybrid Use Benefit” can save organizations up to 40 percent. There are some restrictions, such as their Software Assurance maintenance agreement is required, but it’s a good deal. 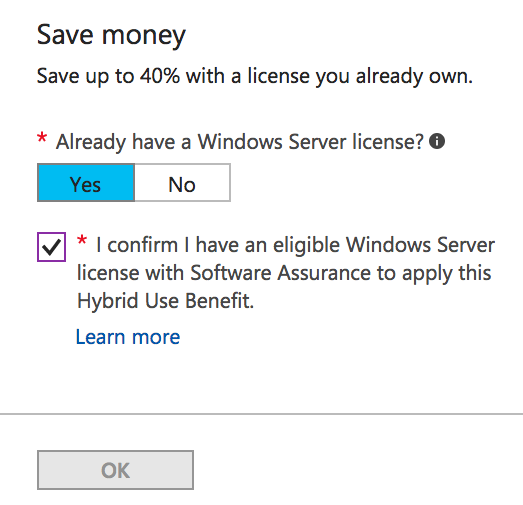 How can Microsoft do this? On the surface, it seems like an unfair advantage. And, didn’t Microsoft get in trouble for being a monopoly? Well, it’s true that Microsoft enjoys high marketshare in the operating system space, but it has never been illegal to be a monopoly. It’s only an antitrust situation when a business uses their monopoly in one industry to gain an advantage in another.
For example, Microsoft couldn’t give away an Xbox with each copy of Windows, but Sony once gave away a PlayStation with each Sony laptop they sold, because Sony doesn’t have a monopoly in laptops. In the cloud computing and server operating system space, there is enough healthy competition that Microsoft can leverage their Windows Server licenses for Azure. It’s a distinct advantage for them and one that Windows Server based enterprises can’t afford to ignore.
Reach out to talk to one of our cloud experts to learn more about how CloudCheckr supports Microsoft Azure environments.